AS Fortuna du Mfou leading marksman, Adolf Enow Nkembe according to reports in the Cameroonian media have been heavily linked with a move to Ghanaian Champions Asante Kotoko.

The 22-year-old is out of contract at Fortuna du Mfou at the end of the month and has long been linked with a move away from the club.

Should the deal materialize, Nkembe will be the second former AS Fortuna du Mfou player to join the Ghanaian champions after Franck Etouga Mbella. 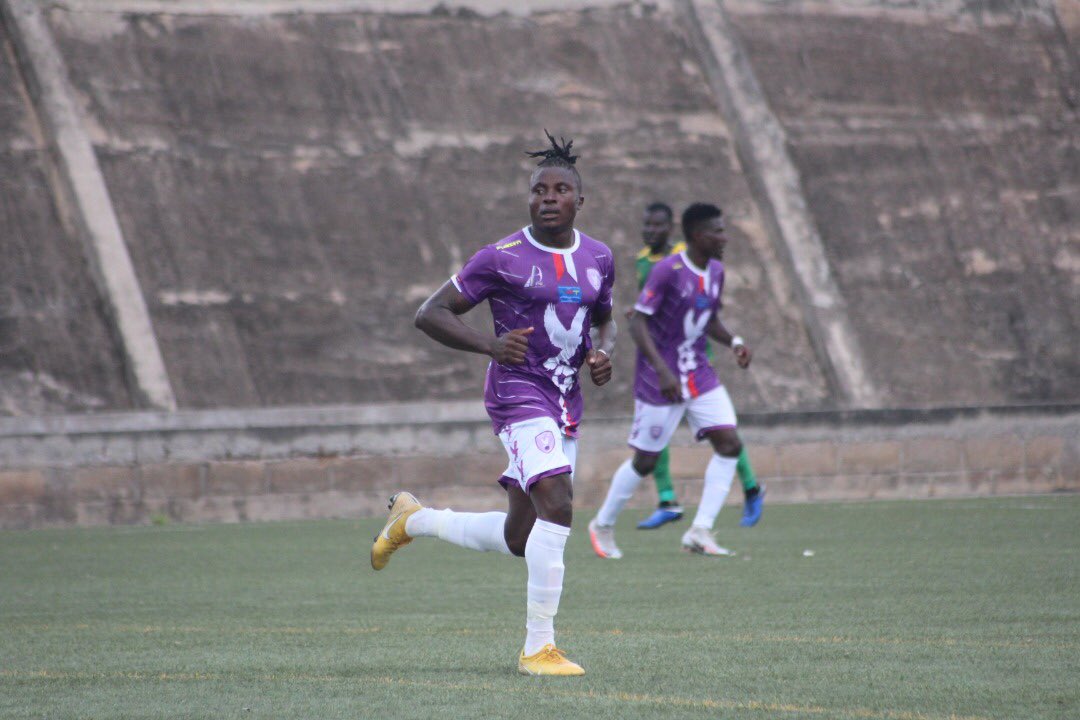 His burly physical appearance, stellar dribbling skills, attacking flexibility and  ability to surprise the keeper with long range shots gives him a leverage over other attackers in the Elite championship.

He has attracted numerous suitors including Asante Kotoko, Hearts of Oak, two significant European clubs as well as from Tunisia, Egypt and Algeria as reported by the Cameroonian media.

The imminent arrival of Nkembe will be a huge boost for the Porcupines as they prepare return to the CAF Champions League next season.