Asante Kotoko is one of the biggest clubs in Africa, in fact, they have a claim to outrightly declare themselves as the biggest in Ghana and has millions of fans in the world.

It is the dream of almost every footballer in Ghana to play in the famous Red shirt that is synonymous with Ghana’s most successful club.

The club commands a huge following so it is no surprise that there are several famous stars who are huge fans of the Kumasi-based club.

Here are 10 famous people who are strong fans of Asante Kotoko:

There are famous celebrities who are known and recognised by everyone in Ghana, that support Asante Kotoko. Here is a Top 10 list of famous faces you’ll know that support our beloved team.

The SWAG president is not only famous for his commentary, he is also an unapologetic Porcupine.

The ‘Oluwaa man’ is very vocal about his allegiance to the club and he is no mere fan either.

Kwabena is seen in the video below with Kotoko goalkeeper and captain Felix Annan celebrating the club’s victory over rivals Hearts of Oak in the NC Special Competition last year while they were with the Black Stars in Dubai.

Known in real life as Patrick Osei Agyemang is another sports journalist whose rise to fame came from ‘Fire for Fire’ TV show on Adom TV. 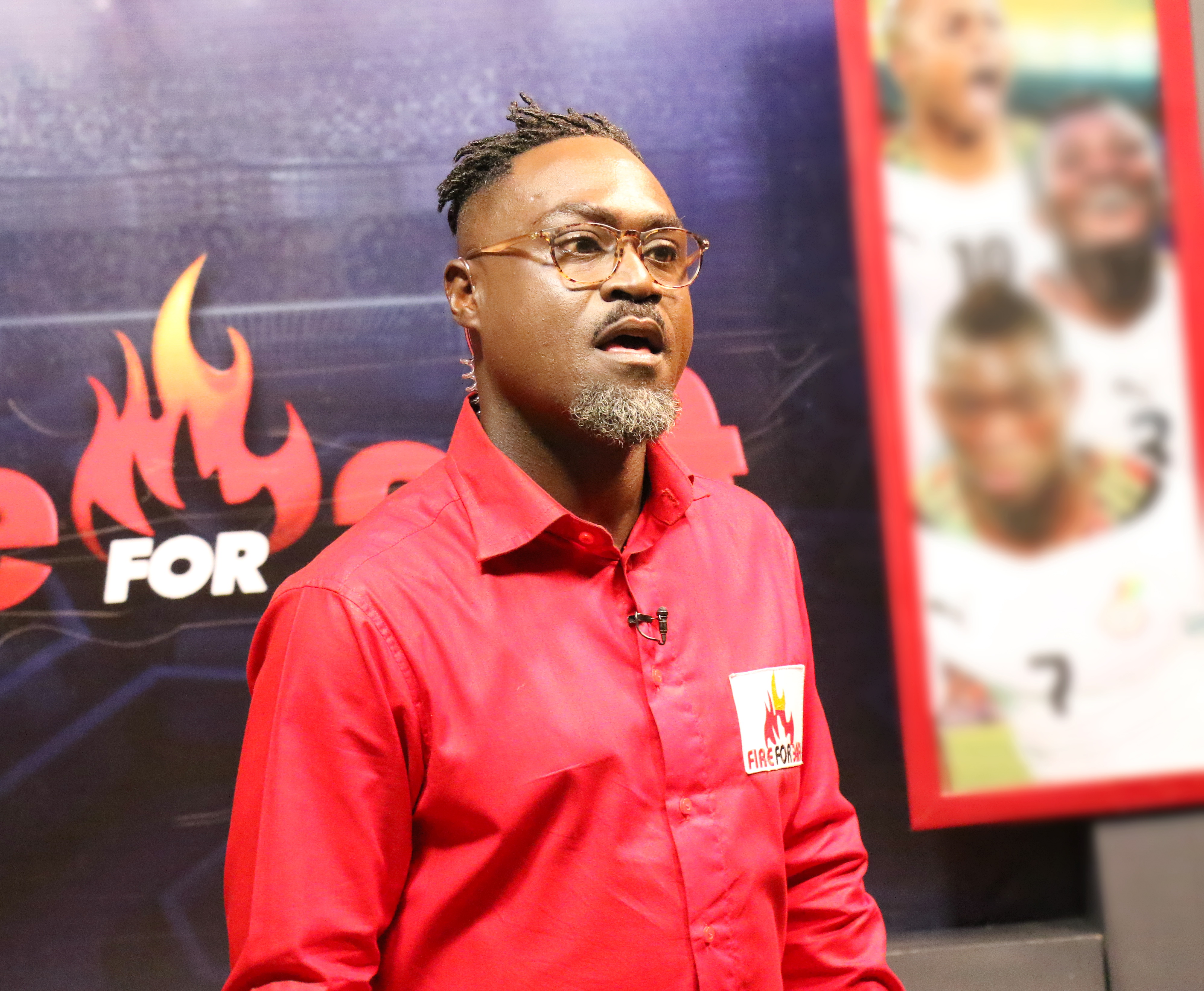 Songo is seen in the video below showing his loyalty to the Porcupines by singing and dancing with the Asante Kotoko official cheer song by Pat Thomas.

The founder and leader of Anointed Palace Chapel (APC) is a die-hard fan of Kotoko. The famous pastor was presented with a customized jersey from Kotoko’s Awareness Group during the team’s CAF Confederation Cup campaign in 2018 to seek for the blessings of the man of God.

The rockstar is well-adept at crooning beautiful romantic songs. What he is also good at is being a loyal Porcupine.

The fast-rising highlife artiste has already disclosed he would choose to work for Kotoko for free if he’s called upon anytime by the club’s management to do any project.

The ‘Angela’ hitmaker after the team’s 2-1 victory over rivals Hearts of Oak in Accra in the Ghana premier league this season visited the team’s hotel at Achimota and joined their bus to Kumasi, engaging them in a hot ‘jama’ session.

The Ghanaian socialite and actress is an ardent fan of Asante Kotoko. Efia is one of the most lissome and beautiful ladies to have climbed the steps of the Ghanaian movie industry.

The sultry media personality is also this outgoing girl known to battle other celebrities on social media. Beyond that, she is anything but a loyal Kotoko supporter.

The actress though is yet to attend the club’s games but she has always confessed her love for the club on social media.

She has appeared in some big movies including Heels and Sneakers, She Played, and Royal Diadem.

Edem is one of the greatest musicians the country have produced. The rapper is known for hit songs including Ghetto arise, Over again, Sika y3 mogya, Toto, Gbevu, Fokoloyor among dozens of others. 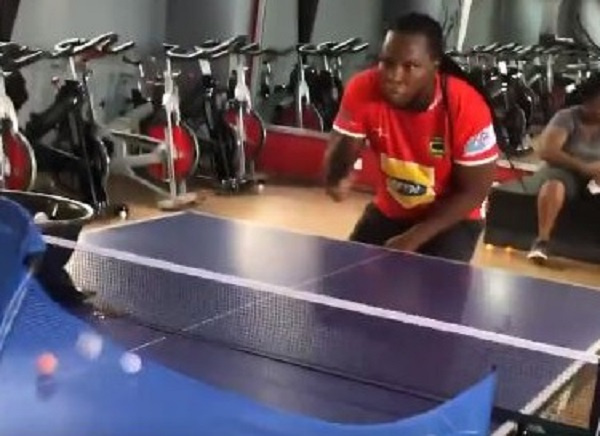 Off the studio, the rapper is known to be a staunch fan of the Porcupine. Recently, he was seen playing table tennis in Asante Kotoko jersey.

Ghana’s all-time top scorer is a lifelong devotee of Asante Kotoko and has vowed to end his playing career with the club he so much loves on many occasions. 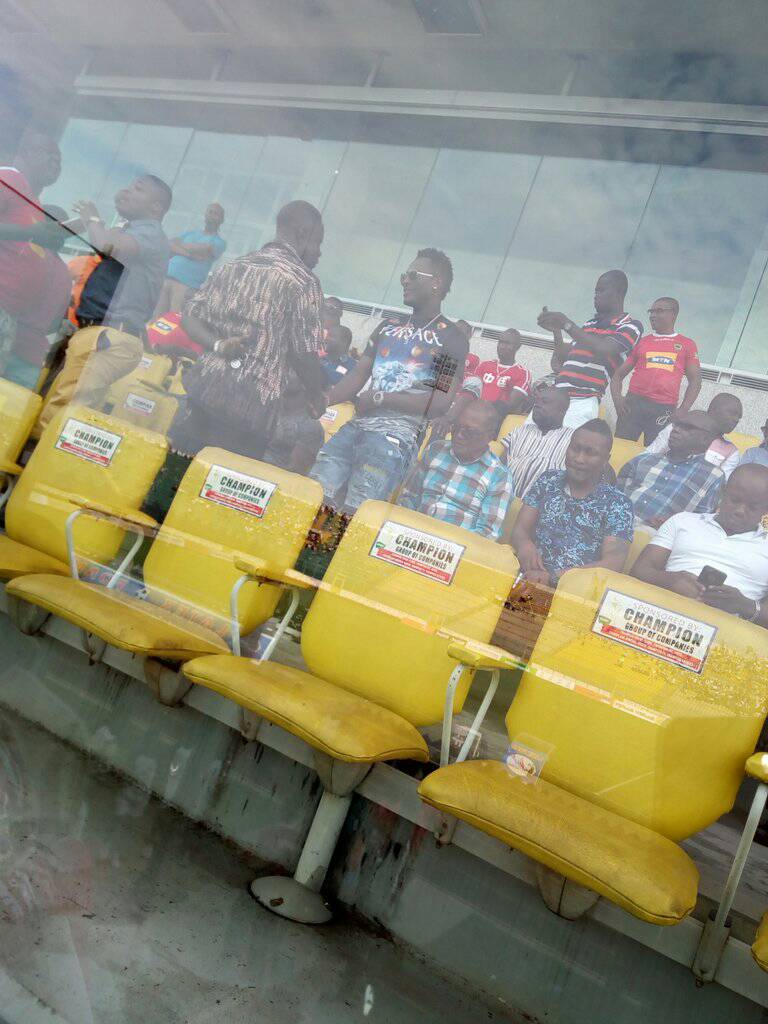 Though he has regretted the fact that his busy schedule does not permit him to follow the Porcupines as often as he likes, he still makes effort to attend games on matchdays whenever he is in Ghana. 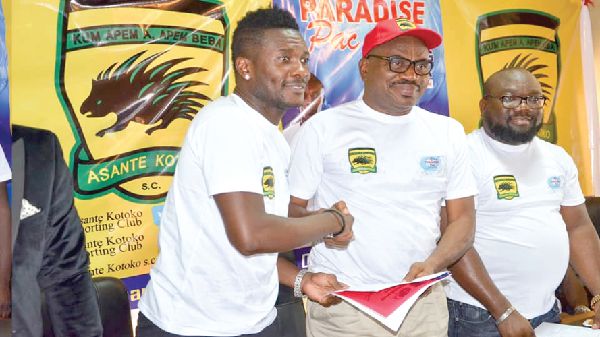 Gyan, who is an avid fan of the club’s Paradise Pac drinking water company has a partnership deal with the club.

The minister of Education and member of parliament for Manhyia South is an ardent fan of Asante Kotoko. He often attends games both in Accra and Kumasi and is a known fan of the club.

The best rapper in Africa Sarkodie is one of the most famous Asante Kotoko fans.

The ‘Oofeets)’ hitmaker is an avid fan of the Porcupine and has confessed his love for the club most of his songs. He once said “Rap 3y3 play station a mefa kotoko wopaa k)fa Arsenal” in one of his songs.

Another legendary musician on the list is the ‘Wo Haw Ne S3n’ hitmaker.

Yaw Sarpong is a famous singer and a songwriter who has been supporting the club since infancy.

The legendary musician was pictured celebrating with Kotoko players during the club’s 2019/2020 CAF champions league preliminary round against Kano Pillars at the Baba Yara Stadium and that isn’t first of many since he is known to attend games of the club both in Accra and Kumasi. 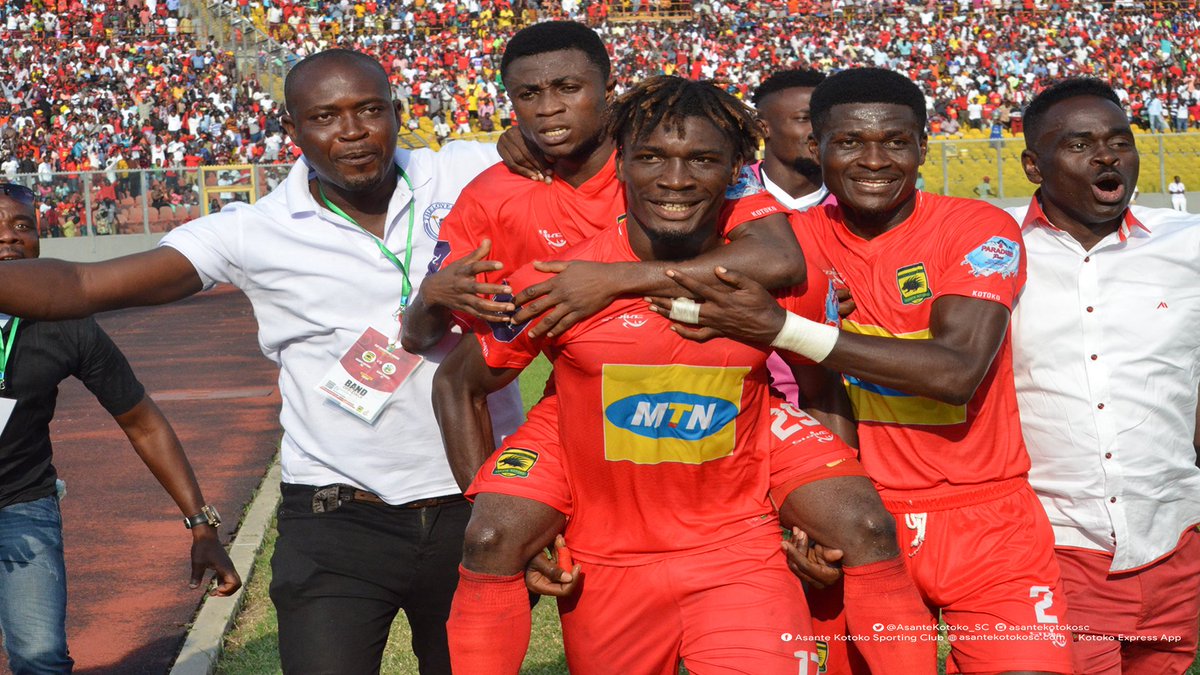 Who else do you remember?