The life patron of Asante Kotoko Otumfuo Osei Tutu II has set up a nine-member Board of Directors to steer affairs of the Reds and among them is Ms Evelyn Nsiah-Asare.

The distinguished female football administrator will be complementing the efforts of the other eight male board members to help the club return to the elite.

Kotoko Board Member Yaw Adu Confirms His Appointment As IMC…

We Are Not In Hurry To Appoint A CEO – Kotoko Board…

Nsiah-Asare’s marvellous knowledge in the game saw her on the Organizing Committee of the 2019 Normalization Committee Special Competition, which had former Black Stars defender Samuel Osei Kuffour as the chairman.

Evelyn has over 18 years of experience in football administration – she is the President of Nana Afia Kobi Ampem Ladies Sporting Club in Kumasi. 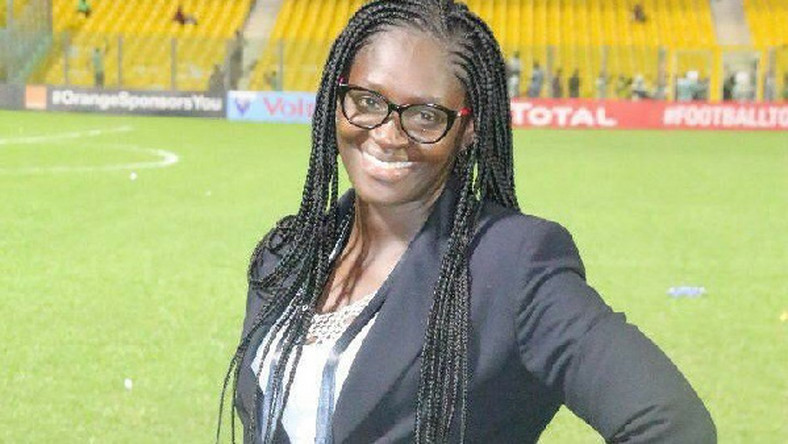 In the media circles, Madam Evelyn Nsiah Asare has worked with 6 media houses across the country.

Her interest in journalism cannot be overemphasized, she was a radio presenter and analyst at Fox FM (Kumasi), Assistant Head of Sports at Space FM (Sunyani) and Radio Sports Presenter and Analyst at Kapital Radio (Kumasi), Analyst on Metro FM and Kessben FM as well as Trust TV.

She has attended all courses that are needed in sports as an administrator. She started from the Ben Koffie four year business and development plan course.

Also she partook in the FIFA Women’s grassroots coaching course from 2010 organized by the world football governing body, FIFA. She recently attended the Sports Administration and Management Course organized by National Sports College in Winneba and has attained a CAF license C coaching certificate.

She was a Local Organizing Committee Member in the AWCON 2018 held in Ghana.

She was also named to be interviewed as a member of the Normalisation Committee but due to her engagement with the Black Queens and the LOC then, she backed-out.

Madam Evelyn Nsiah Asare has seen it all in the football industry and delegates will do Ghana football good by electing her as women’s representative on the executive council of the Ghana Football Association on October 25th, 2019.

Kotoko Board Member Yaw Adu Confirms His Appointment As…

We Are Not In Hurry To Appoint A CEO – Kotoko…

We Are Not In Hurry To Appoint A CEO – Kotoko Board…

Board Member Joseph Yaw Adu In The Dark Over Reported Asante…