The Ghana premier league, as well as the CAF champions league, will start in November, and left-back Patrick Kojo Asmah is hugely enthusiastic about the new season.

Asmah penned a deal with the Reds after passing his medical examination having ended his contract with Italian side Atalanta BC. 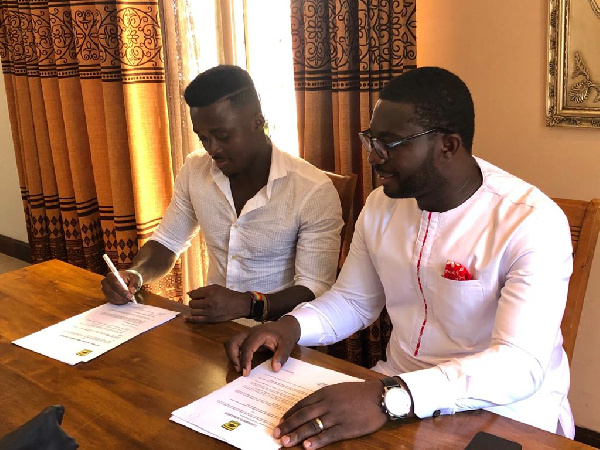 The 24-year-old has sent a message to supporters of Asante Kotoko after joining the club. He was asked whether he can help the team win the premier league as well as the champions league after joining in an interview with Accra-based Angel FM.

“So far as we have life, the experience I’ve gained will be useful for people to see that I didn’t just join that team rather with a purpose once the league starts. I am hopeful we will win something”

“When you look at Zlatan Ibrahimovic, nobody he could play this way at AC Milan looking at his age but his inclusion has brought some sort of discipline into the team, now they play with purpose so once I’ve joined the team, I will plead with everyone to support us because they say, one man cannot go on a long journey alone so I am urging the supporters to offer us whatever support they have when the season starts because we came with fire”

Asmah failed to break into the first team of Atalanta since joining them from Ghanaian second-tier club B.A United in 2016.

Atalanta BC released him after his loan spell at FK Senica, where he scored three times with five assists in 25 matches.

His contract details are still held on by Kotoko, who are looking to make a mark at next season’s CAF Champions League.