Thirty-five players have been invited to report to camp at 4pm on Monday, May 30, 2022 at the Ghanaman Centre of Excellence to begin preparation for the Championship of African Nations (CHAN) qualifiers.

The Black Stars B will play Benin in the preliminary stage of the qualifiers in search of a ticket to the biennial competition scheduled for Algeria in January 2023.

Ghana have failed to qualify for the tournament in the last three editions and will hope to make another appearance this time around. The Black Stars ‘B’ finished 2nd in 2009 and in 2014. 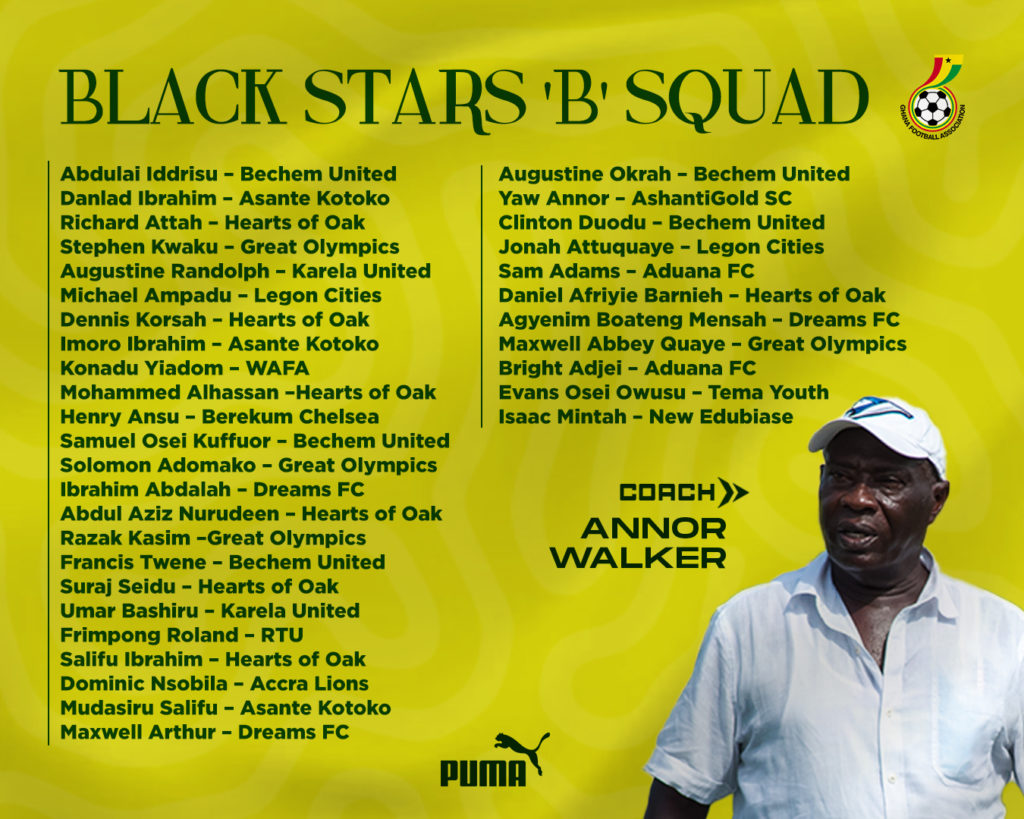