Asante Kotoko goalkeeper Danlad Ibrahim talked tough pre-competition, and he did not disappoint on Saturday.

He made the Porcupine Warriors family proud on by winning the first-ever edition of the Joy Sports Fifa FaceOff.

Danlad travelled all the way from Kumasi to beat Hearts of Oak goalkeeper Richard Attah in a best-of-five series, giving Kotoko fans the bragging rights over their fierce rivals.

Danlad, nickname ‘Gudda’, secured a dominant victory as he won three matches, drew one and lost one.

The first game ended in a stalemate. Danlad, using Barcelona, while Attah opted for Juventus. They used the same teams for the second and third games, in which the Kotoko man won 3-2 and 3-0.

At this time, Attah knew that another defeat will finish him. Something had to give.

After the back to back defeats, the Phobian switched teams and went for Liverpool while Danlad remained loyal to Juventus. Attah won, convincingly, 4-1.

The defeat prompted Danlad to also change his team for Game 4, selecting PSG against Attah’s Liverpool. The decision by Danland proved to a good one as his Parisians beat the Kopites 2-1.

Gudda was the ruler!

Here’s a score summary gallery of the five games. 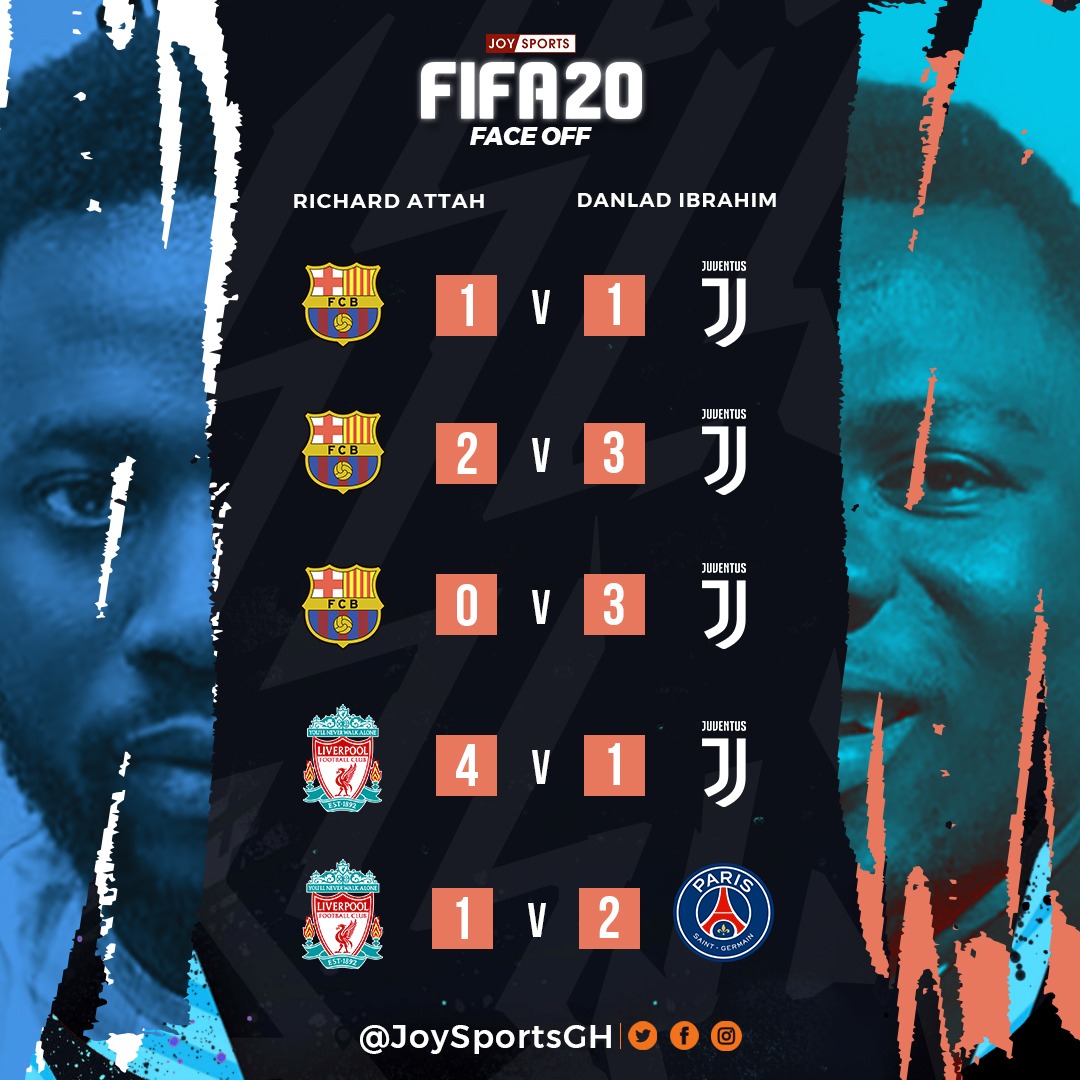