There was joy for Inter Allies as they took care of Elimina Sharks in a pulsating week 23 fixture at the Dawu Park this afternoon.

The capital side has endured tough moments in the ongoing Premiership but managed to restore some hopes when they defeated Sharks at home.

The visitors were on a rampage from the start of the game but the home side responded quickly and scored through Samuel Armah in the 49th minute from the spot-kick.

Sharks were regrouped with some purpose but the home side doubled their lead in the 78th minute through Andy Akpe.

It was Aduana Stars who remained victors in the Bono derby as they defeated Berekum Chelsea 1-0 at the Nana Agyemang Badu Park this afternoon.

Matches between these two teams have always been pulsating and it lived up to its billing once again with both exhibiting good football.

The home was awarded a penalty after a good scintillating play but Sam Adams stood up and missed it. Chelsea upped their game in their quest to take the lead. There was no goal at the end of the first half.

Aduana Stars game tempo increased in the second and as early as 46th minute, Benjamin Tweneboah shot the visitors into the lead as the goal was the deciding goal of the game.

There was no goal between Liberty Professionals and Medeama as the game ended in a stalemate.

Karela United had to wait till the closing stages of the game to beat Bechem United 2-1 at the Ayinase CAM Park this afternoon.

Diawisie Taylor put the host into the lead in the 18th minute before Kofi Agbesimah levelled it for Bechem United in the 29th minute.

There was hope for Karela in the 75th minute after Reginald Thompson put the game beyond the visitors to earn them the three points.

Ashantigold scored first in the 39th minute through David Abagna before Abdul Ganiu Abdul equalised in the closing stages of the game.

Hearts of Oak in the last game of the week defeated King Faisal 2-0 at the Accra Sports Stadium. Kwadwo Obeng Jnr shot the Phobians in the lead before Daniel Barnieh finished it off. 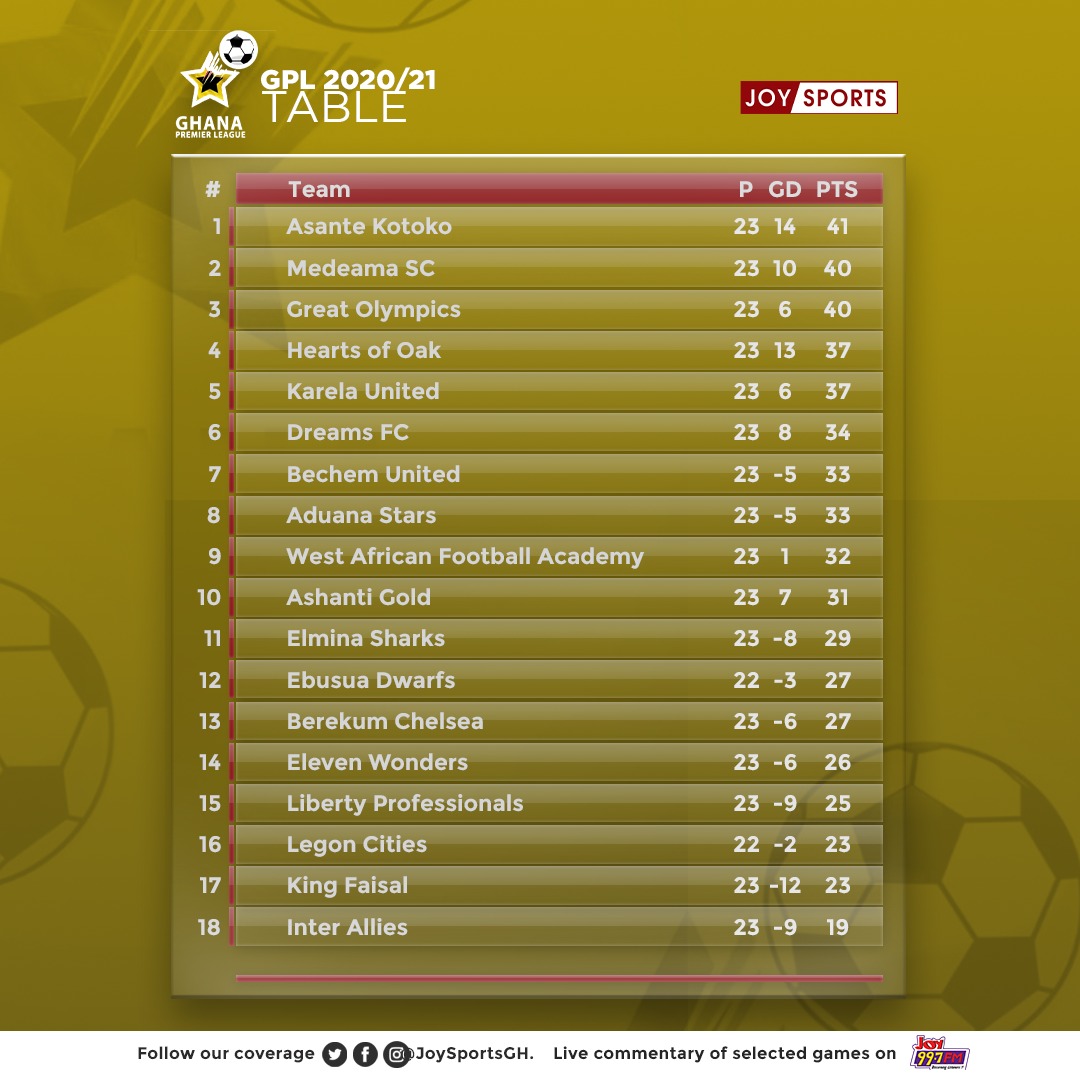