Asante Kotoko striker Franck Mbella Etouga has been dropped from Cameroon’s final 25-man squad for the AFCON 2023 Group C qualifiers against Kenya on June 4 and Burundi on June 8.

But, Etouga Mbella will have his Cameroon debut delayed after he was dropped with compatriots Lamkel Ze Didier of FC Metz and Bahoken Stephane of SCO Angers. 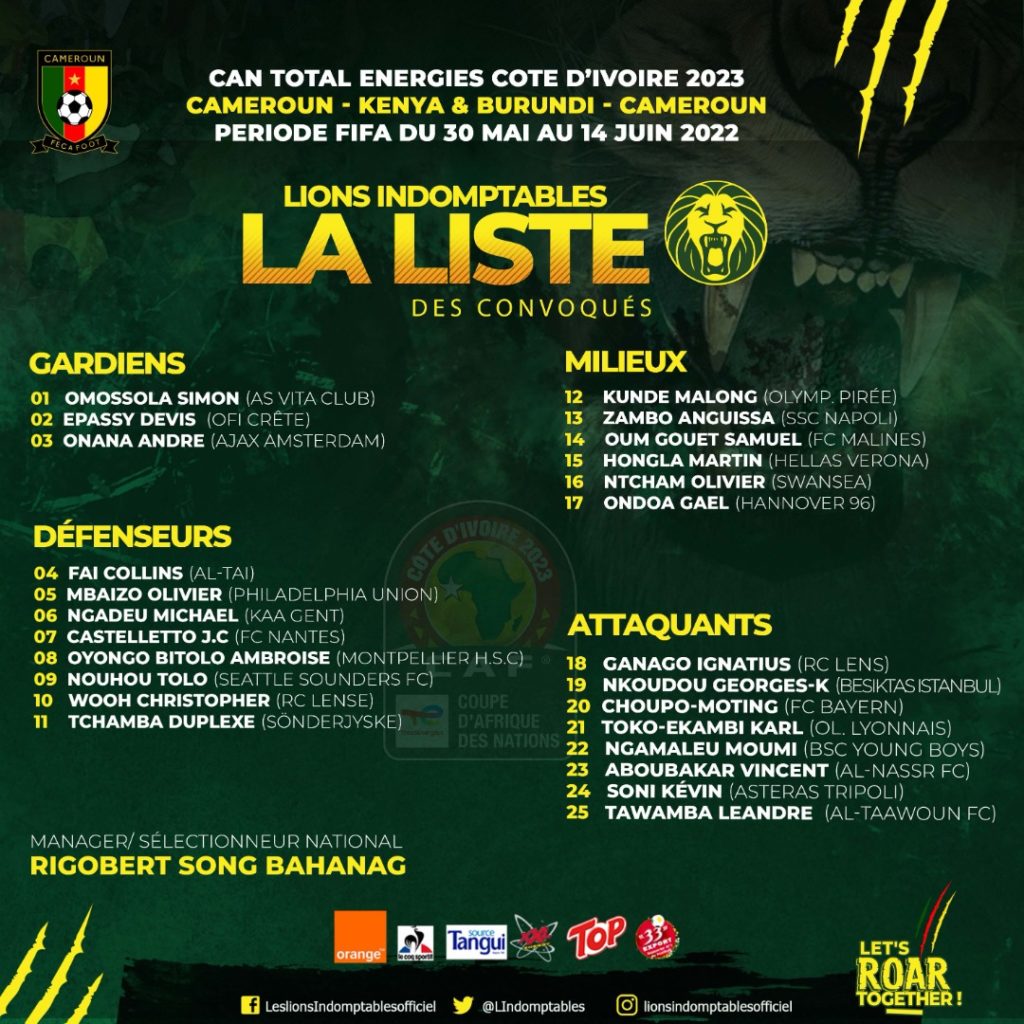 The 21-year-old has been in stunning form for Asante Kotoko this season, leading the Ghana Premier League top scorer’s chart with 19 goals in 25 appearances despite joining the Porcupine Warriors in match-day 4 of the league in November 2021.