The Porcupines continued their impressive away form as they clinched a 2-0 win at the Crosby Awuah Memorial Park against Karela United thanks to goals from Imoro Ibrahim and Kwame Opoku in both halves.

This result takes Asante Kotoko up to the first position on the league log, just a point above Karela United.

Myfabulousonline.com’s editor, Myke Alonso was at Anyinase to run the rule over the Asante Kotoko players… 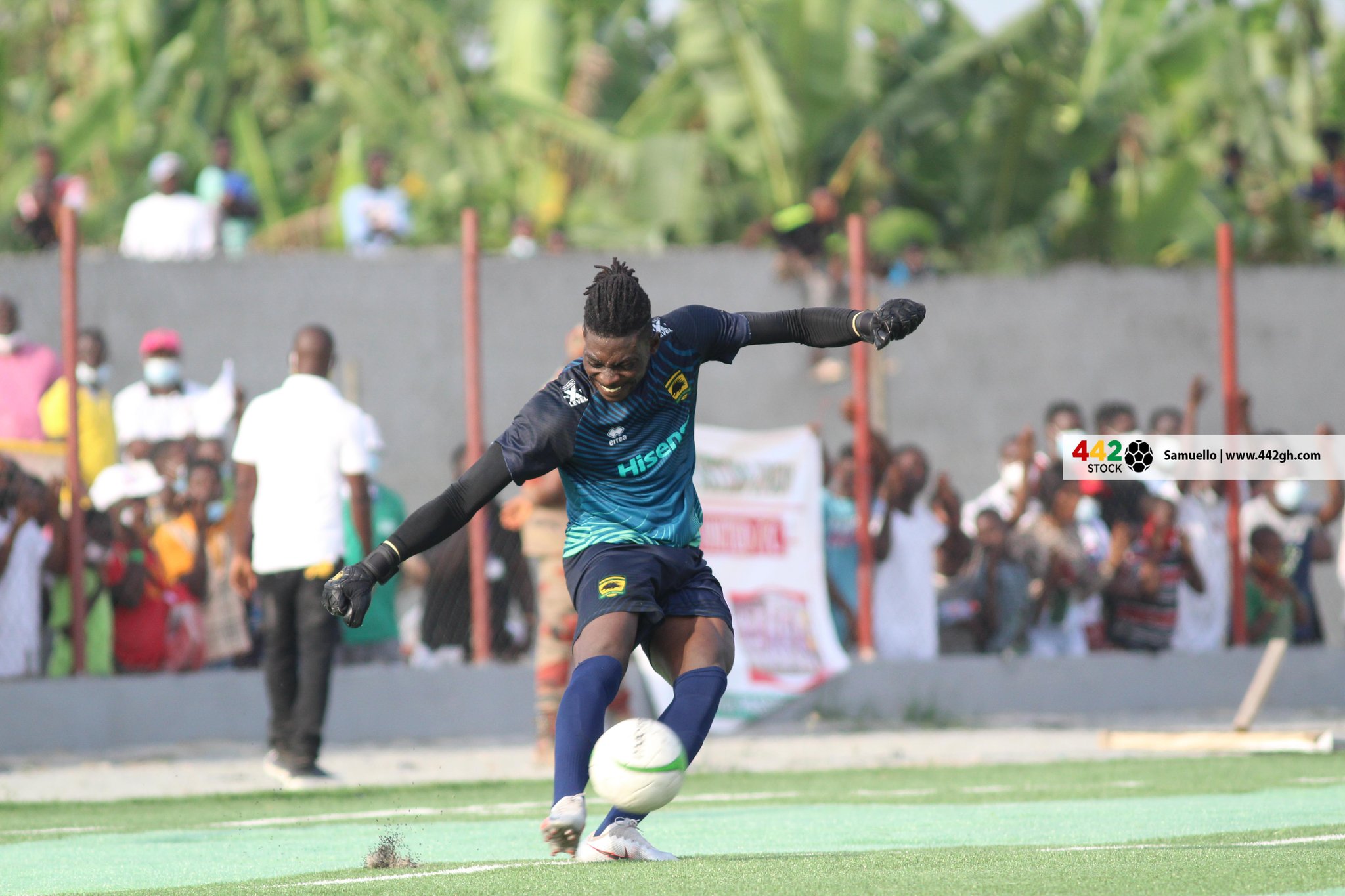 The former Azam goalkeeper had another solid showing last Sunday. He made some good saves, with the most noticeable occurring in the last moments in the game when he parried out Diawisie Taylor’s curling effort. He has kept three cleans sheet on a row. 7/10 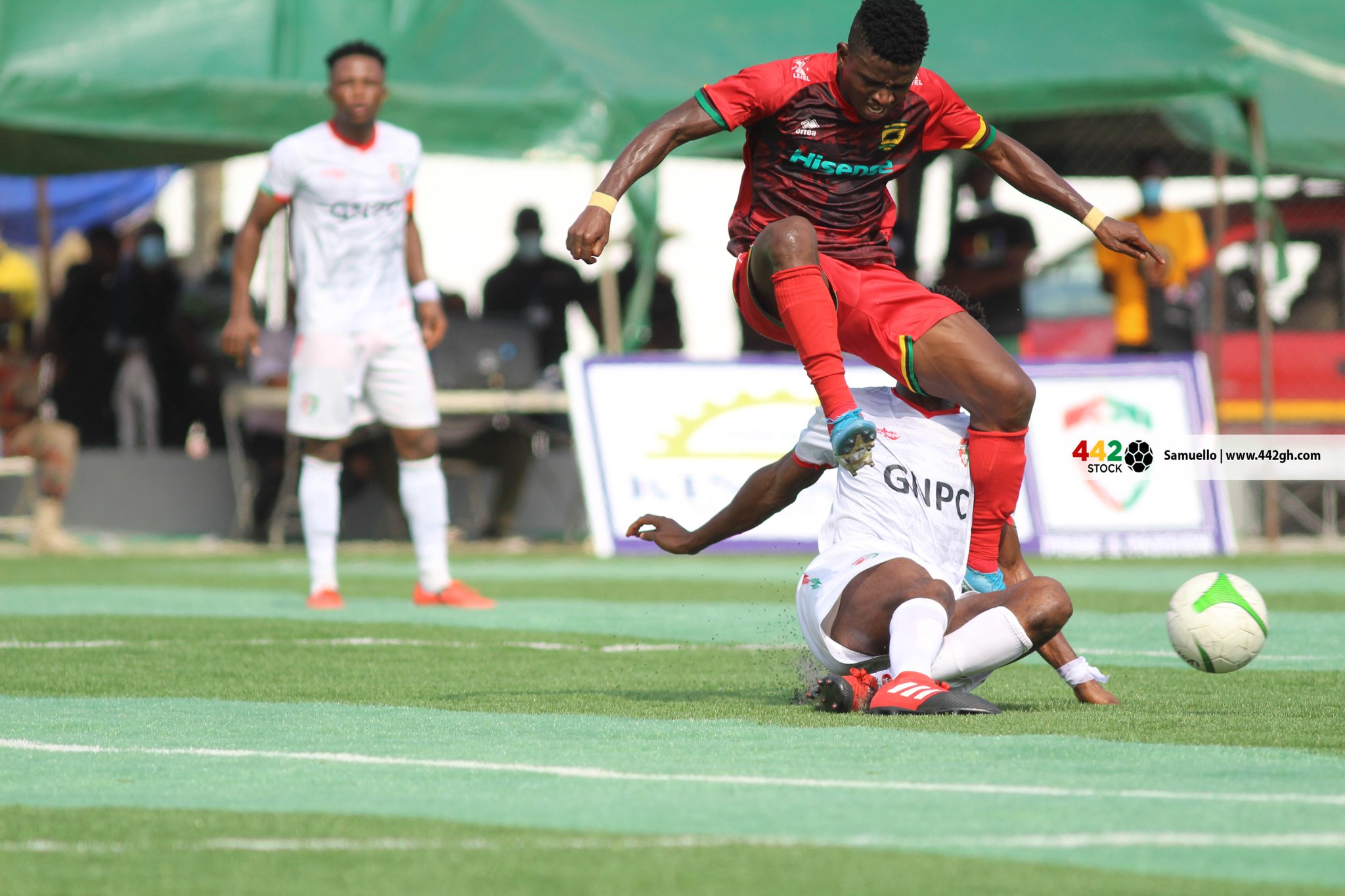 This was an improved performance compared to his previous game against Inter Allies. It was a decent performance from the right-back. He did not shine as one of the better players though and has definitely had much better games. 6/10 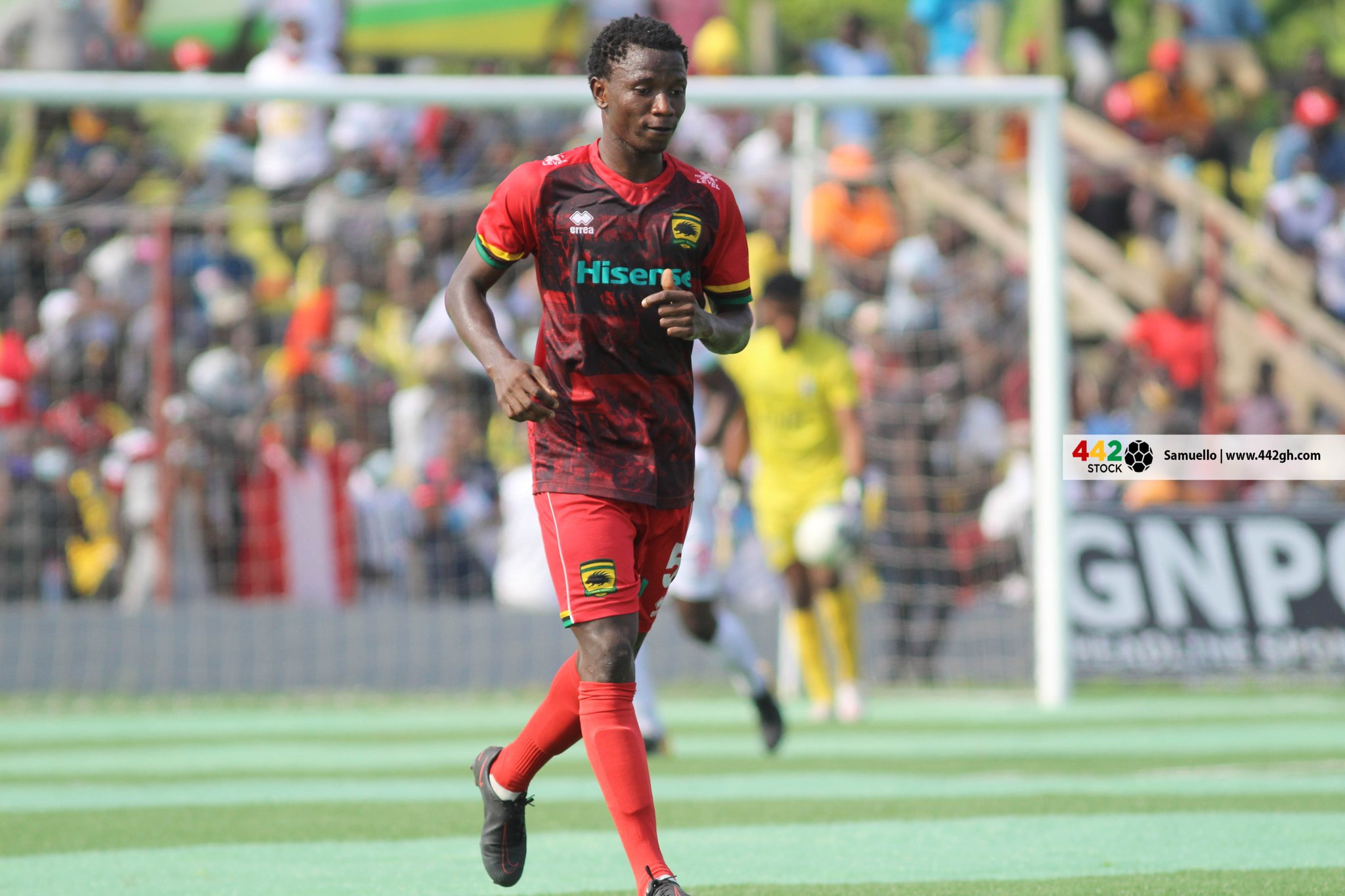 He is arguably the best left-back in Ghana currently. Given license to push Karela back with his offensive runs and bursts into the box. Won some important tackles from a defensive point of view too. He was one of Kotoko’s most threatening points of attack with some quality deliveries. The goal he scored required great composure and put us into a great position before the break. 7.5/10 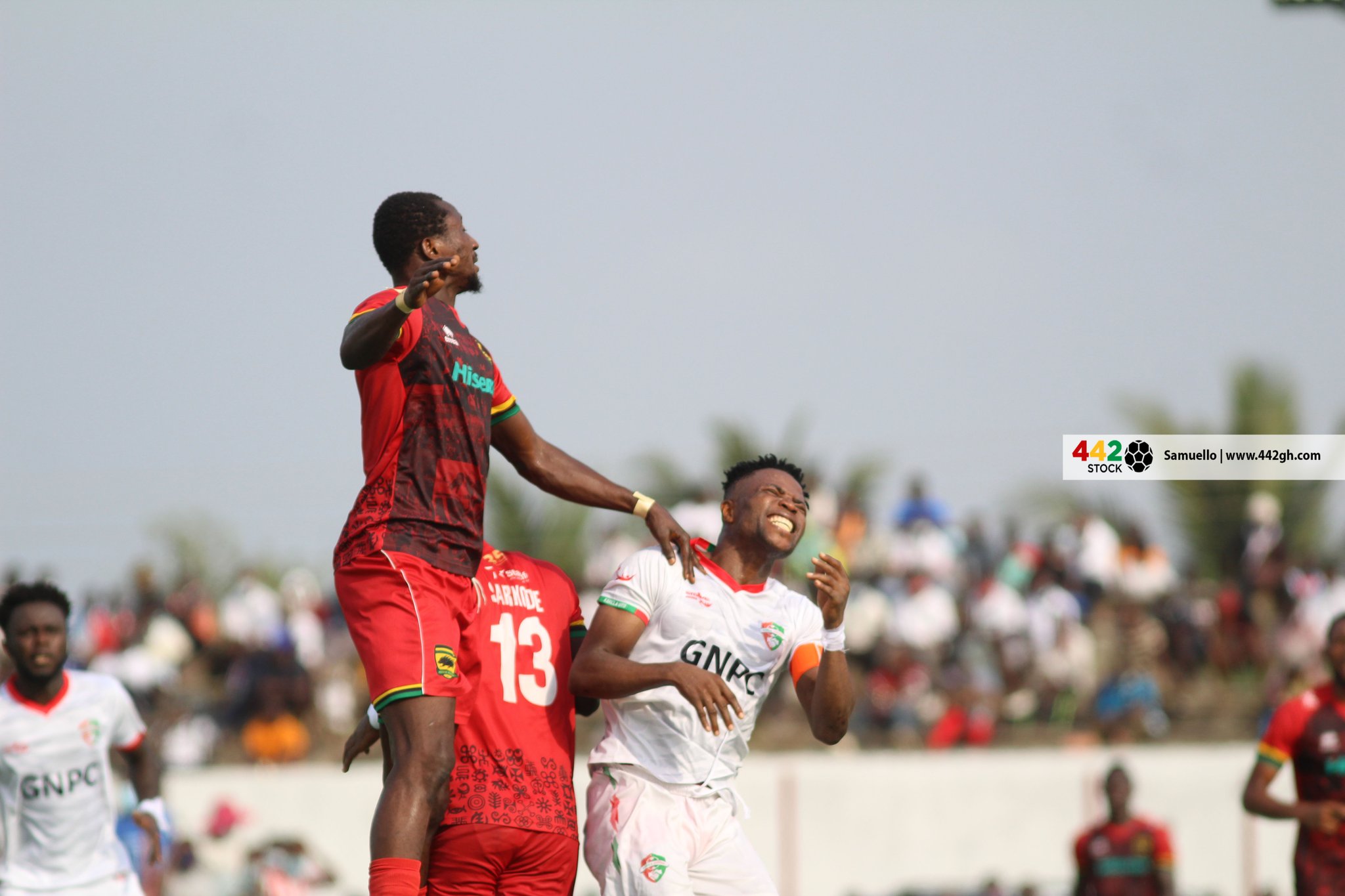 After being relegated to the bench against Inter Allies, Mubarik returned to the squad and put in a good shift once again and kept things tidy at the back. Superbly kept a check on Kwame Boateng all throughout while winning 8 duels. Made 1 critical clearance in the first half as well while boasting an impressive passing rate of 92 per cent. 7/10 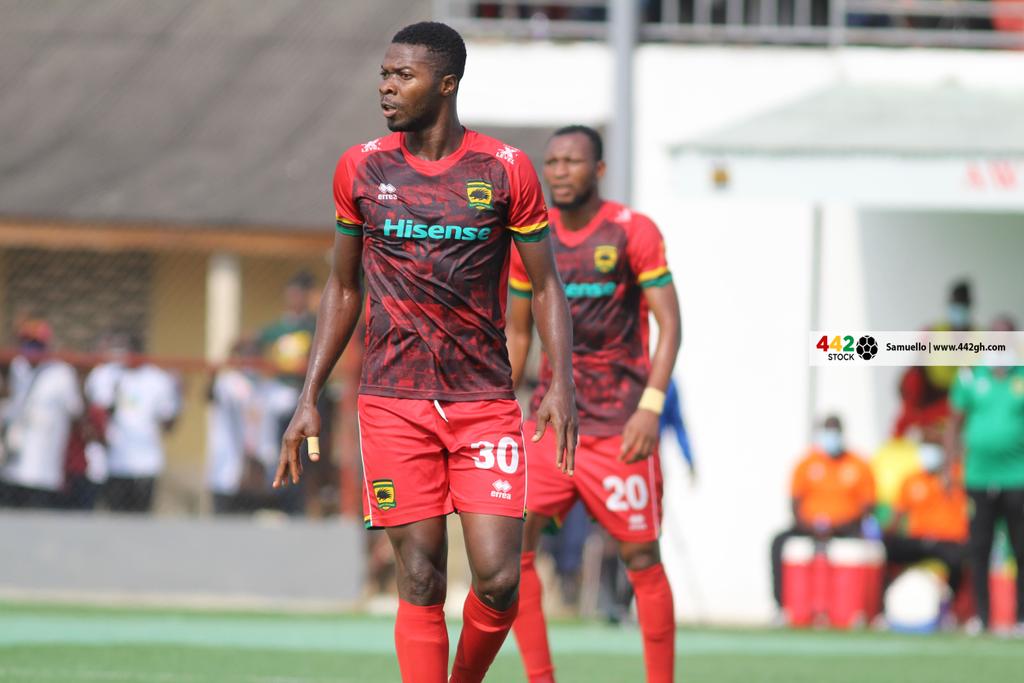 Asante Kotoko player of the season so far. Ganiu complimented the defensive contributions of Mubarik. His physical and aerial prowess was critical in dealing with the opposition attackers. Although the towering centre-back did not have much of an opportunity to influence the game with his long, diagonal passes, he looked quite solid at the back. 6.5/10 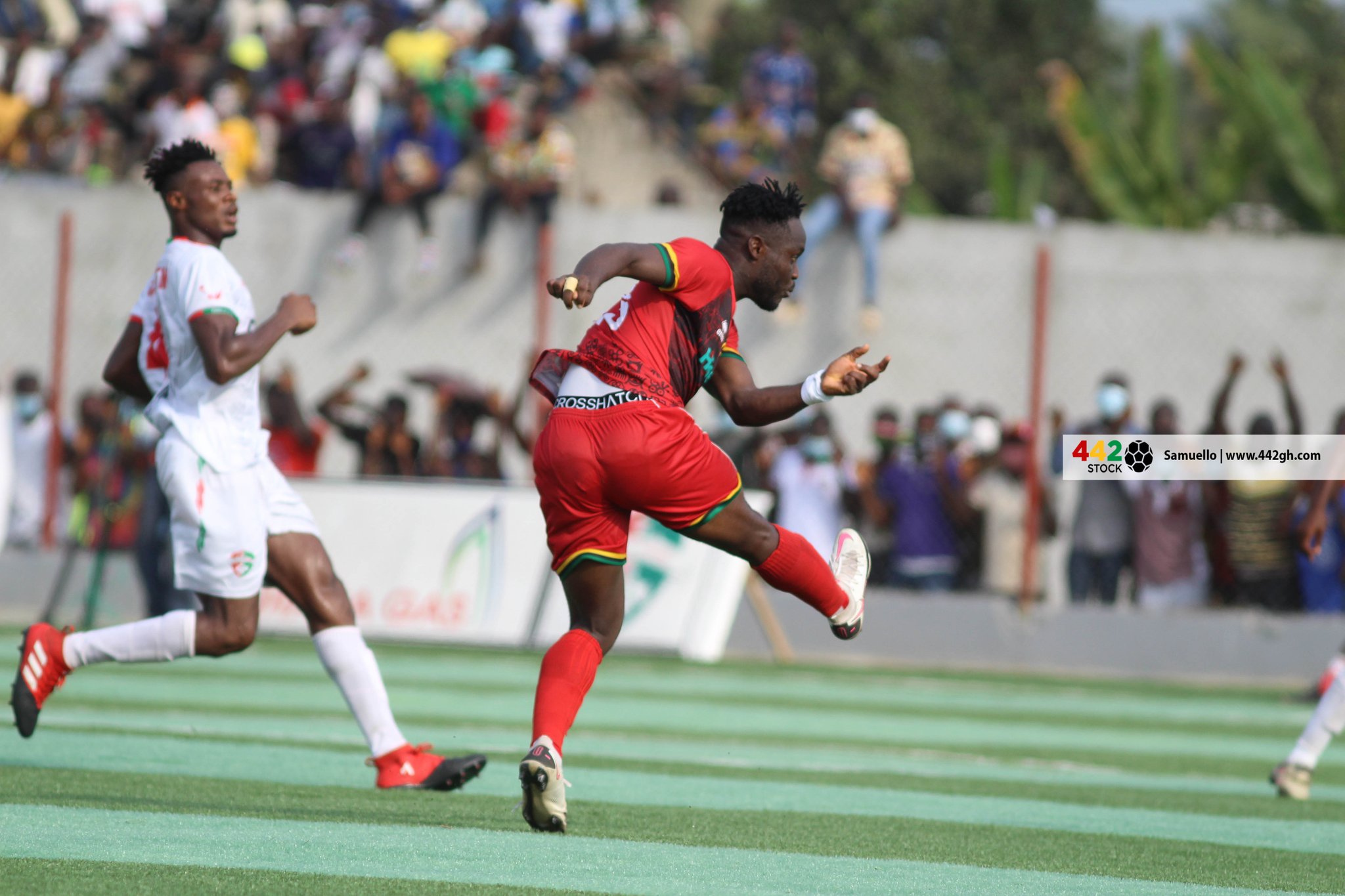 The young midfielder’s performances under Johnson Smith have been understated but important. His mobility alongside whoever he partners in the centre of the field helps open up passing angles in the middle of the pitch while also closing off space when Kotoko don’t have the ball – but shooting still lets him down. 6.5/10 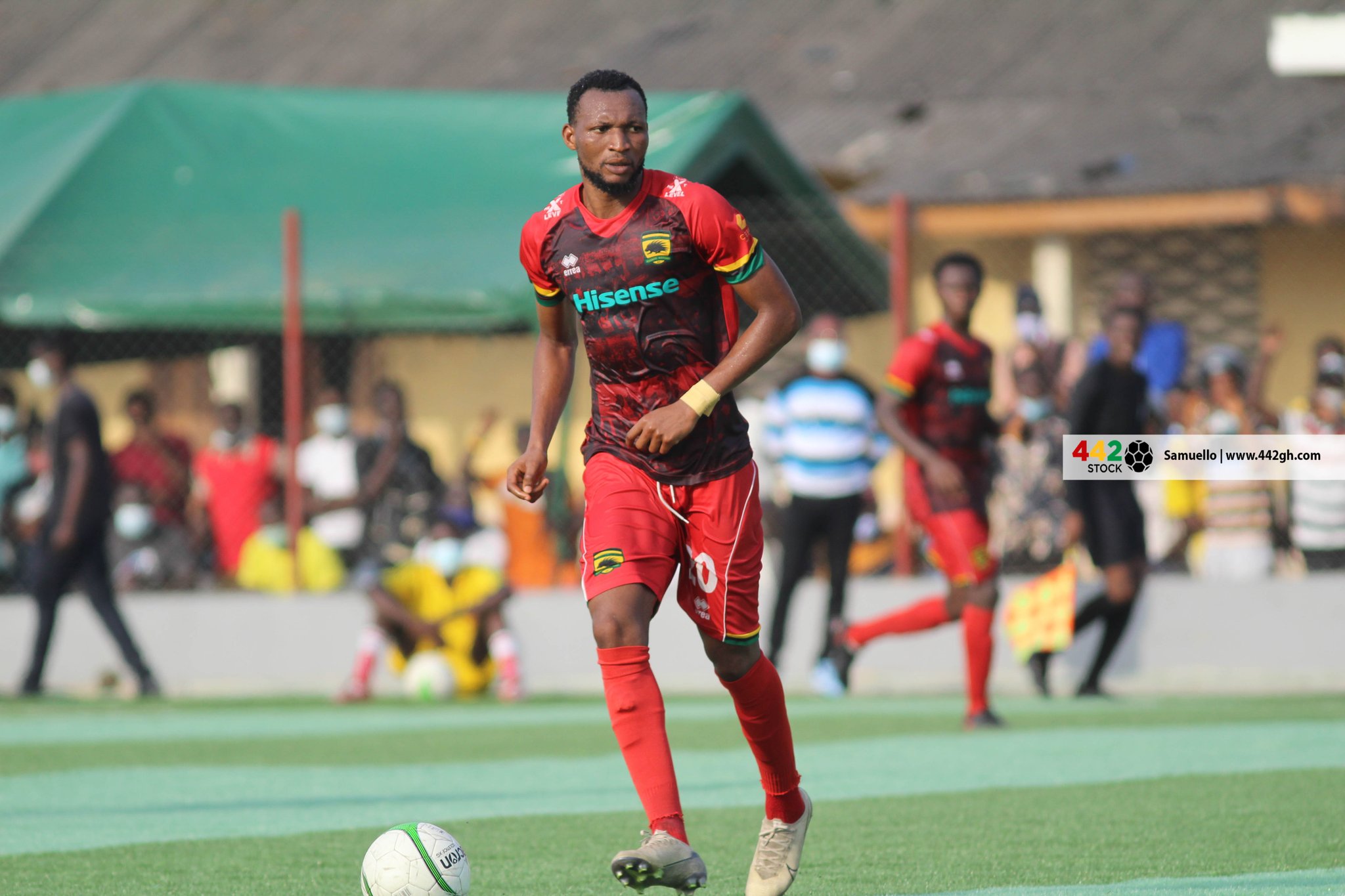 Coming on the back of a below the par performances since the start of the season, Anabila looked confident on the ball and did well to control the proceedings from the middle of the park. Had the most touches on the ball and ensured that he recycled the ball smartly and showed good vision with a few dangerous forward passes. Worked hard off the ball, as is unusually the case with him. 8/10

This was an improved performance from the skipper. He was always looking to make things happen and he was very progressive in possession. Set up Kwame Opoku superbly for Kotoko’s second goal. 6.5/10 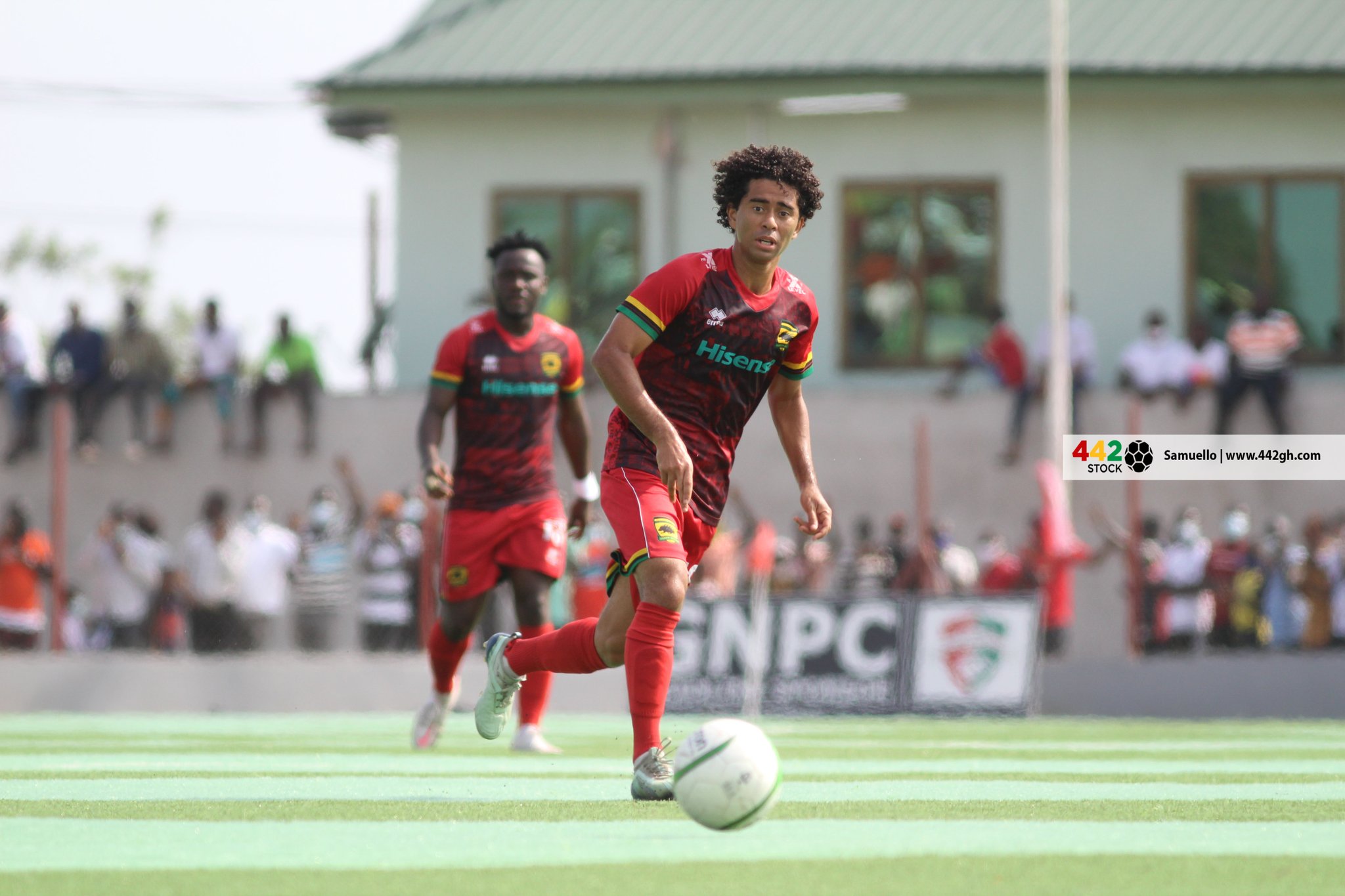 The Brazilian has been delightful to watch since making his debut against Medeama, and he had another good game last Sunday. He is constantly involved in pushing us up the pitch and is a fantastic attacking midfielder. Johnson Smith clearly has a lot of faith in him and that is why he has started every game since his debut. If Gama could work on his goalscoring abilities he would be argued to be one of the most complete attacking midfielders out there. 6.5/10 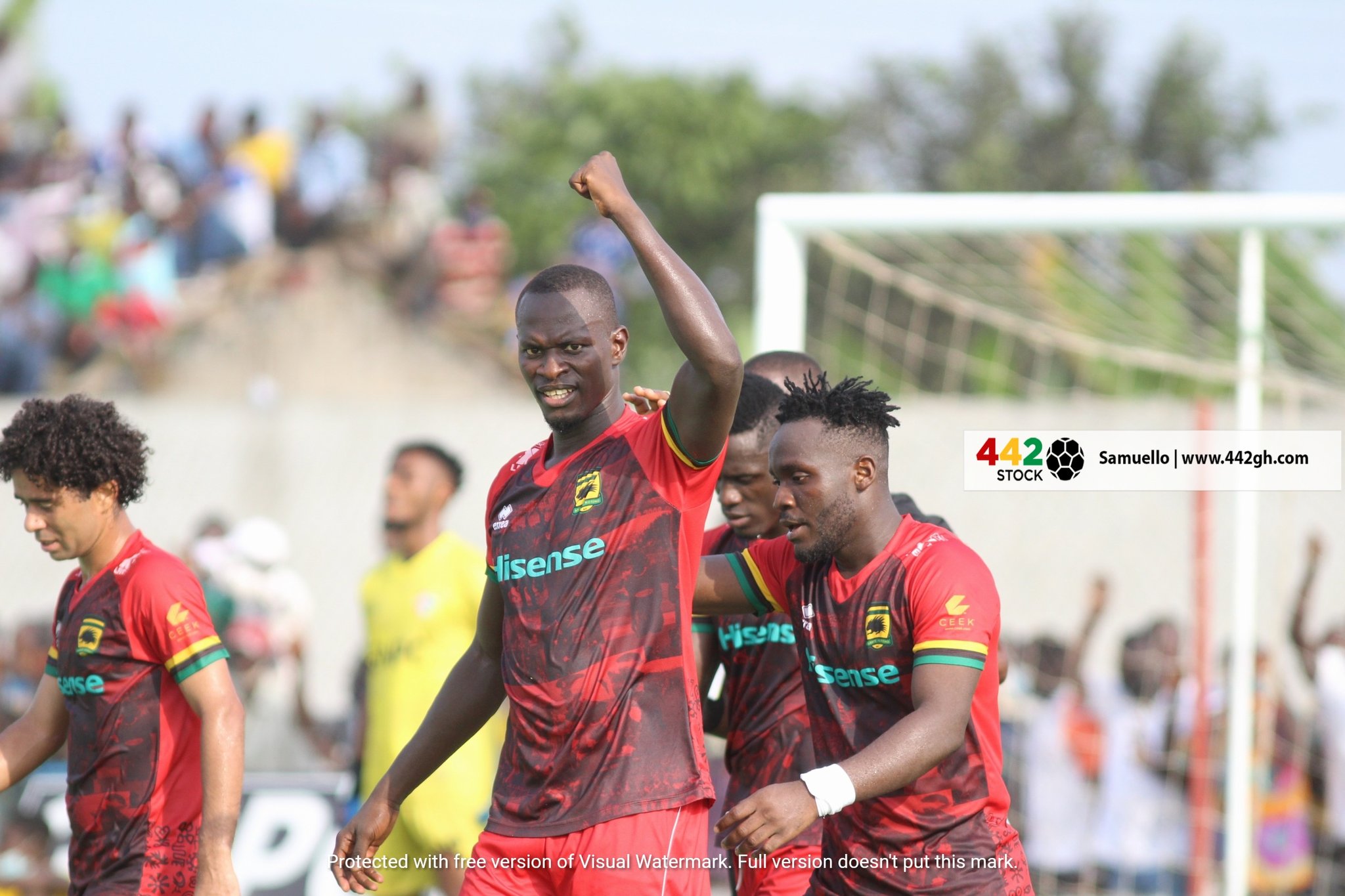 He earned the trust of Johnson Smith again to start his second successive game for the Reds and the Guinean import didn’t really disappoint. Put in a performance full of tenacity and enthusiasm. Also showed good energy. 6/10 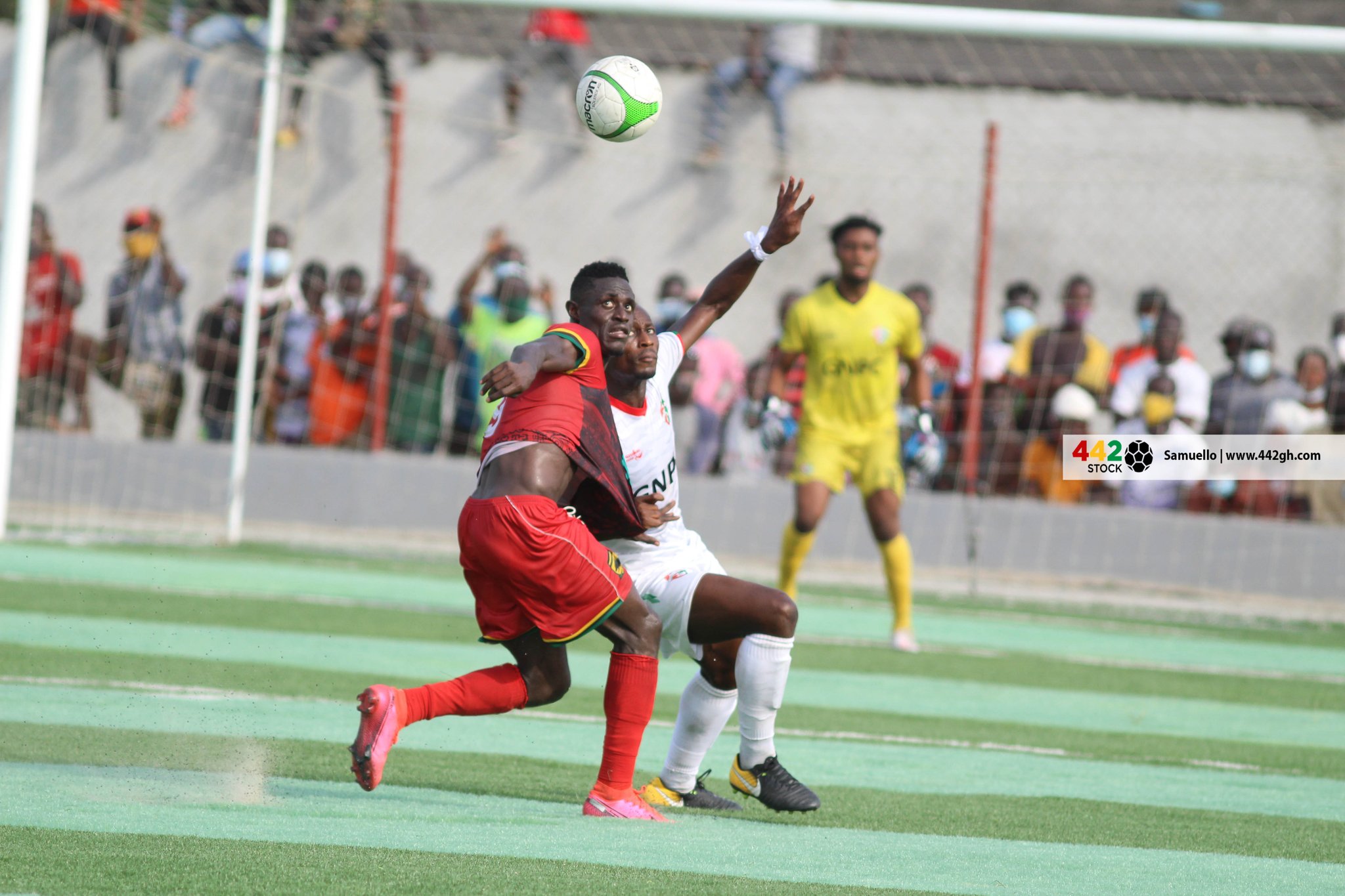 The former Nkoranza Warriors forward keeps delivering when called on, showed great technique to finish from the edge of the box after expertly dispatching Gyamfi’s sweet through-pass. His hold-up play was good, and he helped stretch the opposition by getting the wide men involved. 7/10 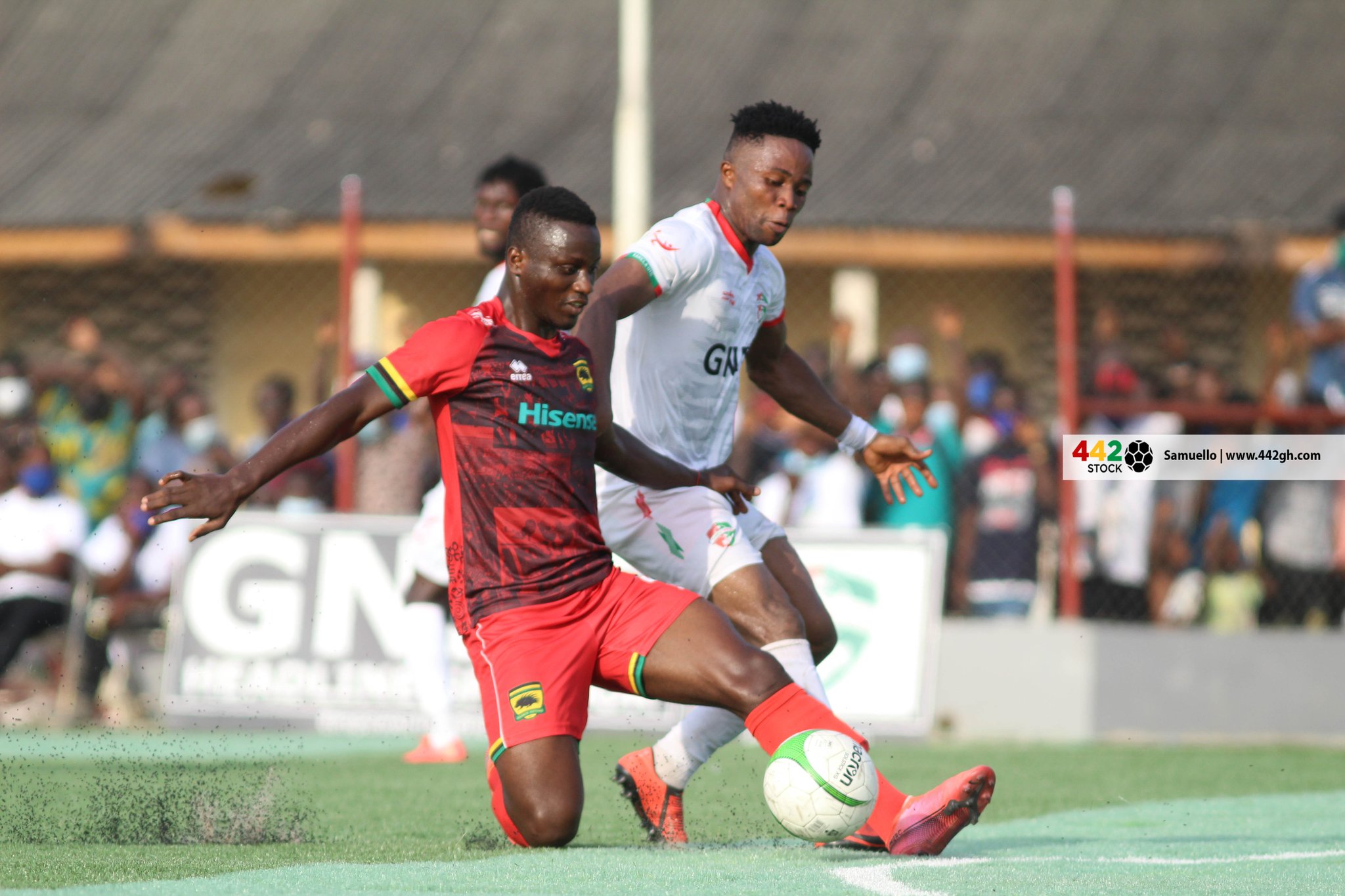 Lively from him after coming on, shored up the midfield for the final 15 minutes.. 5/10 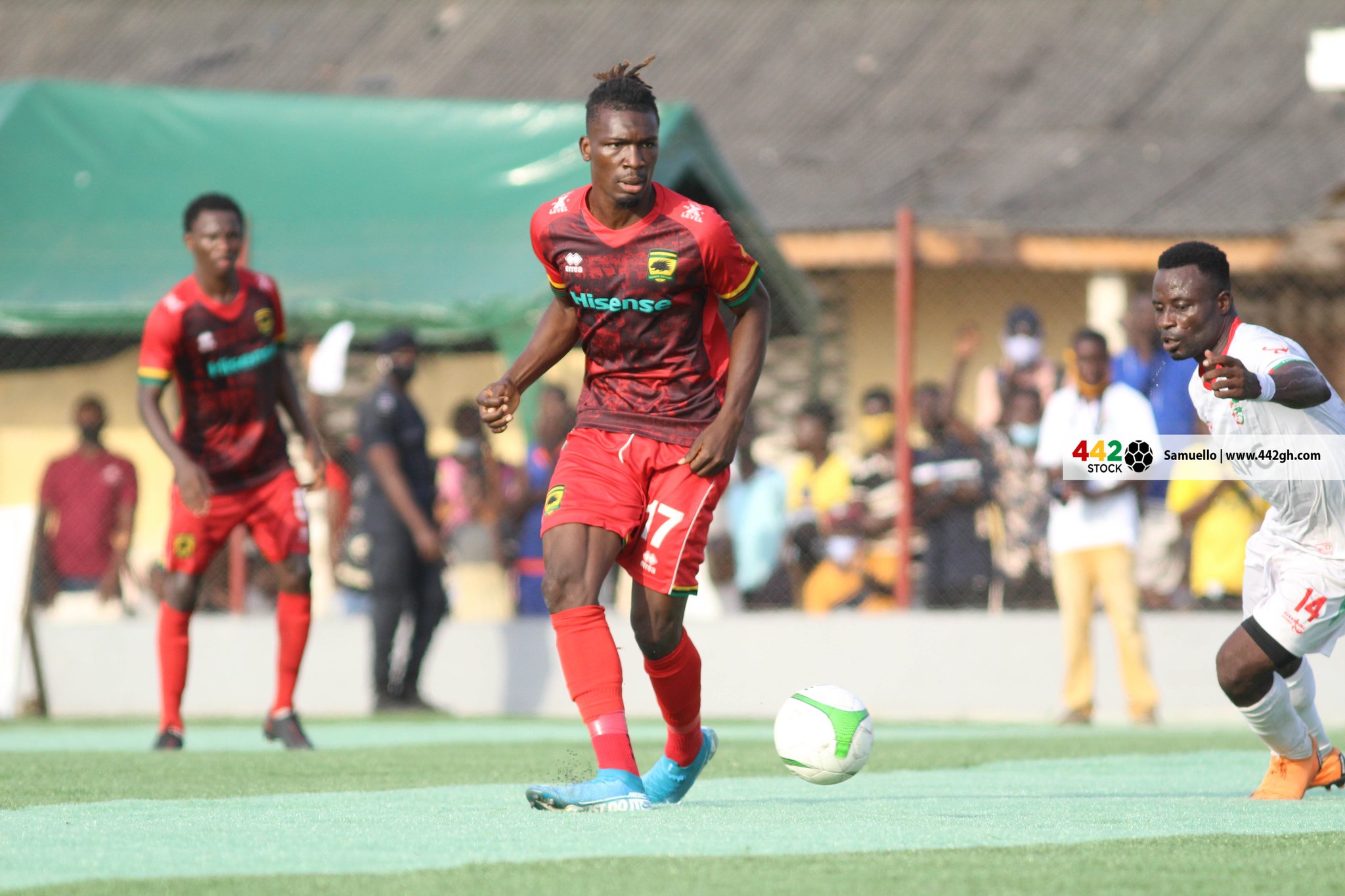 On for Gama for the final 4 minutes, Habib helped see the game out without much of a fuss. 5/10